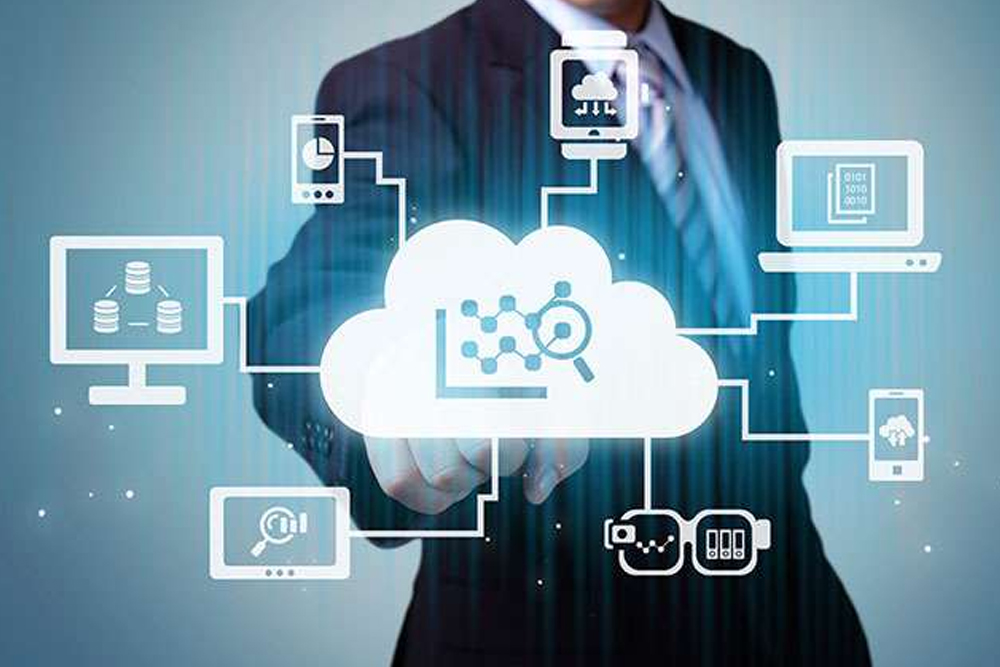 With the strides taken in communications technology like the Internet and with more efficient connectivity for devices, the appeal of connecting “smart” devices together has increased so that they can collaborate autonomously, be more responsive and merge the digital and physical universes. This phenomenon, called the Internet-of-Things (IoT) has been touted as a technology with the potential for huge disruption in the way we conduct our lives and the way we conduct business. Successful adoption of this technology can have far reaching results. One of them is the advent of Enterprise IoT.

The use of IoT in business processes is a lucrative concept. Basically, it means that physical devices, with their own little brains in the form of microchips, can participate and collaborate to carry out business processes. This is called Enterprise IoT. These physical devices, act as data collection points, where inputs from various machines involved in the processes can be computed and then control instructions can be sent out by those devices, based on the context of the inputs and the business rules that apply. This results in two key advantages, which are the USPs of Enterprise IoT.

We can use a basic example of the healthcare industry to further illustrate this point. For example, there is a standard procedure to conduct basic diagnosis for a patient who walks into the hospital with a mild healthcare concern. IoT devices can be used here to conduct this diagnosis, taking blood samples, checking heart rate, pulse rate and other vital parameters. This can then be uploaded to a cloud database. Another device to analyze the inputs can then use this data and diagnose the patient, post which a notification will go to the appropriate doctor in charge of dealing with the diagnosed ailment. Because these machines work on complex algorithms, both the precision and accuracy of the diagnosis are improved. Also, the time taken to conduct the entire process, from testing to analysis, is reduced significantly.

This is a very narrowly focused example of a specific industry. However, examples of potential applications can be found in all industries, from Space Technology to Household Appliances. This is why more and more companies are now putting time and effort to research on how this concept can be applied to their operations.

However, these initiatives are still in their infancy and there are a lot of challenges in implementing this concept.

1 – The lack of highly structured data

Well defined and structured data is the bread and butter of any successful IoT implementation. This is because, computing machines need well defined categories under which data should be collected. Without the proper categorization, all data is gibberish to a machine. While the data is unstructured, further analysis on that data becomes very difficult. There are three major parameters that data can be judged on; volume, variety and velocity. Also, for the data to be ready for computations, it should be clean data without errors. However, there are a lot of places where data entry is still a manual job. This is where human errors occur, which in turn make the data unreadable for the machine. Deciding which data to capture is also a major challenge.

Data frameworks like Hadoop alleviate some of the issues. However, the volume of data and the velocity at which it can be potentially captured make data a serious consideration for Enterprise IoT adoption.

2 – Identification of Use Cases and Potential Applications

Another major challenge for enterprises is identifying the proper use case where return on the investment in IoT is higher. At the macro level, IoT seems to solve many problems of optimization. However, at the micro level, when it is time to implement the idea, it becomes difficult to target which exact processes can be automated using IoT and which processes should be left as is. This will require a significant investment in researching the gap areas which can be plugged in by using IoT.

For IoT to work properly, there is a need for precise data models which can actually analyze data and take decisions. Data itself is worthless, if there are no models to analyze it. This means that good models will have to be developed to match the expectation of the implementation of IoT. However, this is a time-consuming process and an expensive one as well. Every company has a different way of functioning and each business function and process is a special case, with different stakeholders and different devices interacting with each other in various ways. However, building customized models to apply for specific situations is time taking and expensive. That is why a general model which can work in a variety of situations is needed. Until a generalized model can be made which can be applied to a variety of use cases, the prospects of Enterprise IoT seem dim.

However, that is just one half of the problem. After a good model has been achieved, it will have to go through various stages of testing and reiteration before it can become precise and accurate enough to be reliable. A small flaw in the model can create a chain reaction, where false positives or negatives at each stage result in the wrong action being performed across the line.

Another major issue for the adoption of IoT is the dearth of different devices. Many devices share architectures, but many others, from different OEMs have vastly different architectures and operations. When devices communicate with each other, this is a major consideration as the control signals sent by one device may not even be interpreted as a valid command by another device. This issue is much akin to the early stages of Internet before a common protocol homogenized communication. This is where a need arises for a common interface, which can parse incoming commands and output converted commands to the next device in the process.

Data security is among the most pressing concerns for any organization. For Enterprise IoT to be a viable option for companies to consider, it will have to have more robust security measures. These are essentially devices, with their own ecosystems, communicating with each other via the Internet. Hence, concerns of a possible security breach are very valid concerns.

As Enterprise IoT continues to evolve, vendors, OEMs, and customers will all have to work collaboratively to establish reliable security protocols and guidelines.

Enterprise IoT has enormous potential to disrupt the way business is conducted. The real benefits offered by proper implementation of Enterprise IoT are recognized by most business leaders now and Enterprise IoT initiatives are being seriously considered in the strategic road map of various organizations. However, the challenges faced by fruitful adoption of this technology are many and some of them are grave concerns. However, as our ways of handling and analyzing data continue to evolve and as more advancements take place in the technology industry, Enterprise IoT might become the next big thing in the industry.

Top 7 Skills Every Talent Acquisition Professional Should Have

Diversity and Inclusion In 2021

Recruitment Best Practices and Trends For 2021

Get To Know Us Better

Want to find out how Powersolv can solve problems specific to your organization? Let's talk.
Get In Touch

Sign up for Powersolv articles and resources.
Have a question? Click here
Copyright © 2020 Powersolv Inc. All Rights Reserved.

Hit enter to search or ESC to close